LOUISVILLE, Ky. — You could say service to country is in Capt. Carolyn Furdek’s DNA. A third generation female officer, military service runs deep in her bloodline.

“Both my mother served, my father’s mother served. And then both of my grandfather’s, my father — my uncle, also,” Furdek said. “I stand on the backs of lions.” 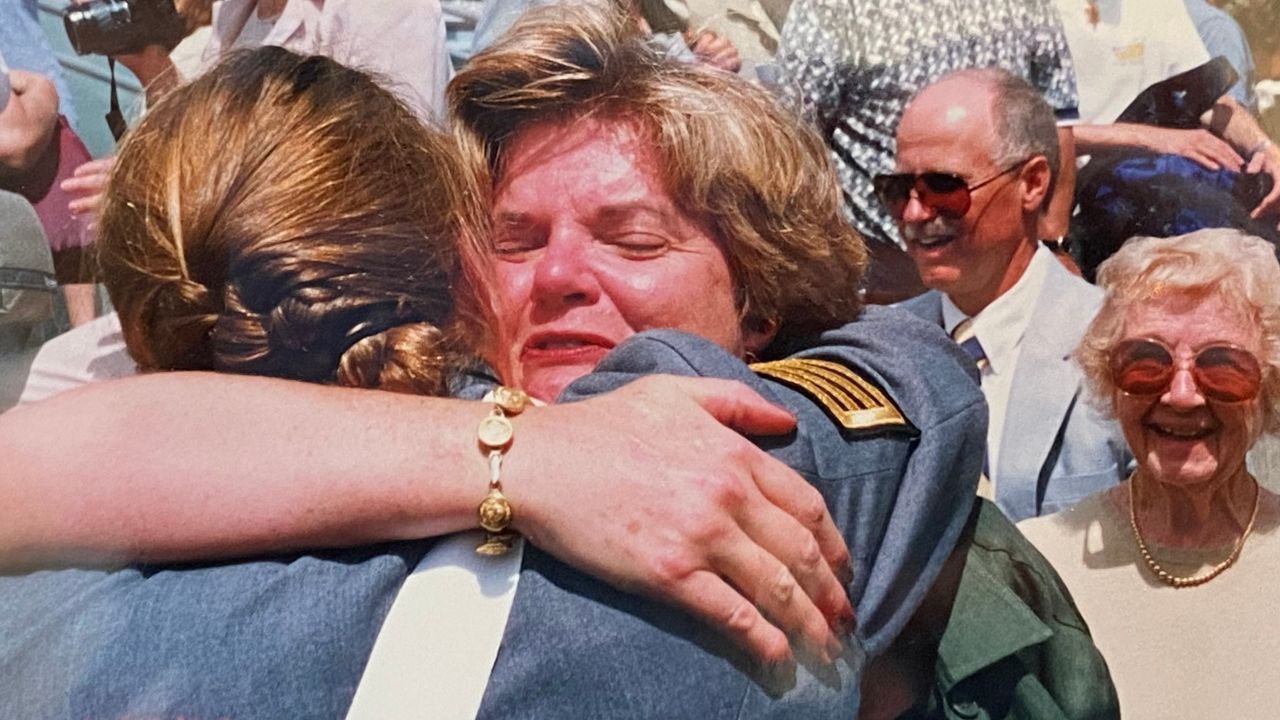 What You Need To Know

As a little girl, Furdek admired the military service of her mother and many other loved ones around her. She said she always knew she wanted to serve, and during her senior year of high school she was recruited to the United States Military Academy for swimming. 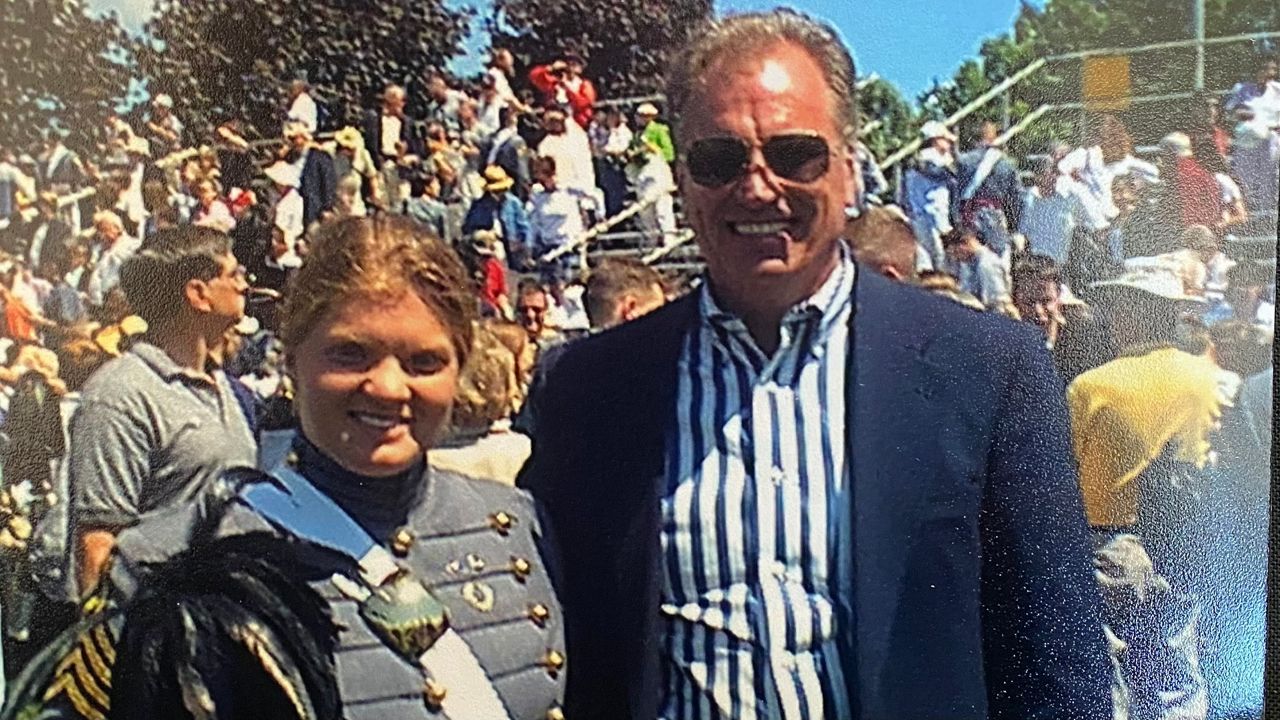 After graduating from West Point in 2000, Furdek served as an engineer officer in the Army with deployments to Iraq and Afghanistan. She was medically processed out of the military following three back-to-back tours, but she found herself fighting another battle on the home front — mental illness.

“I would become very quiet and withdrawn. And I didn’t want to go outside. I didn’t want to interact with people I didn’t want to I could not work. I just wasn’t mentally able to process for a long time. Now I can still think and do everything just fine. But I just didn’t want to be around people was very shy, quiet, very paranoid,” Furdek recalled.

Furdek said her condition was cyclical and would happen with no warning. She would spend the next decade in and out of psychiatric wards, meeting with different mental health providers and trying different treatments before she says a Louisville doctor finally got it right. He refined her PTSD diagnosis to cycloid psychosis, a condition that made her suffer from flashbacks, PTSD, social withdrawal, fear, anger and paranoia. The new diagnosis was a life-changing revelation that led her to an effective treatment and gave her her life back.

“Since then, he and I have written a paper on it is published in American Journal of Psychiatry, and we’ve given talks — over 120 of them — across the country,” Furdek said.

Furdek also wrote a book about her experience and travels the country sharing her inspiring story. But perhaps the person she’s inspired the most is someone who watched her fight through those dark times: her teenage son, Jackson. 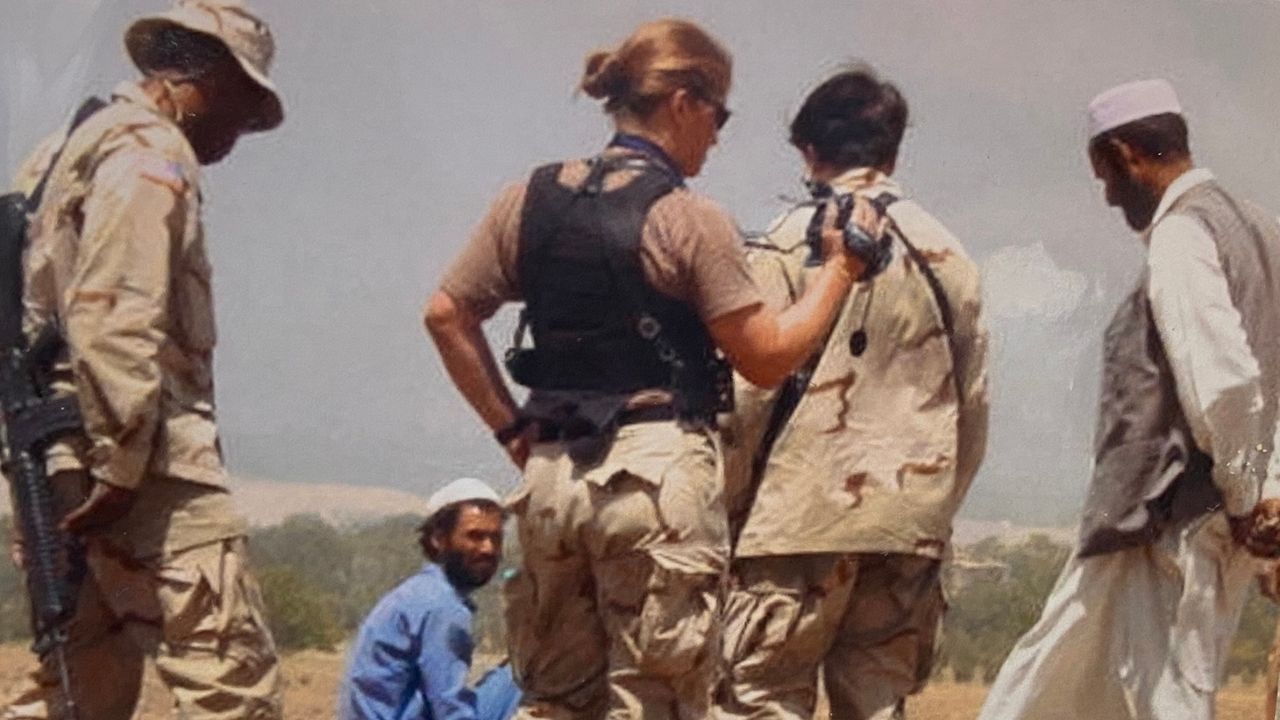 Capt. Carolyn Furdek was an engineer officer in the Army with deployments to Afghanistan and Iraq. (Carolyn Furdek)

“I didn’t really understand she had PTSD [growing up],” said Jackson. “I thought she was sick or something like that.”

At just 13-years-old, Jackson speaks with confidence and frankness about the deeply personal topic. He said it was scary watching his mom suffer through her once-mysterious condition. But much like his mom, he’s now turning that experience into action. The Meyzeek Middle School student recently wrote a speech about the unseen wounds veterans and military families endure for his seventh grade social studies class.

“My own mom started breaking down. She could not go to work. She could not leave the house. She would never leave this endless cycle. She would yell and scream — and worst of all — there was silence,” Jackson said in the speech, educating his classmates about how military service can affect veterans’ mental health long after they return home. He encouraged his class to treat veterans with compassion instead of fear. 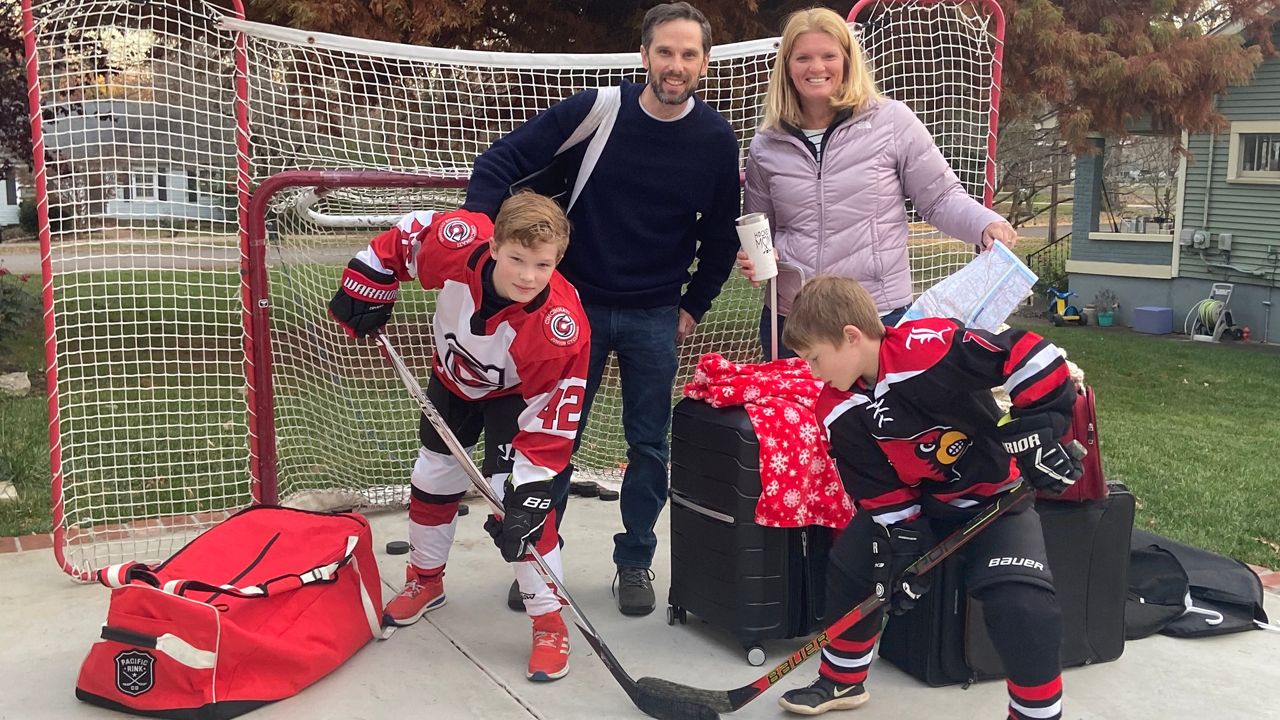 Jackson was selected to share his message in the Jefferson County Public Schools’ Showcase of Schools and at Bellarmine University’s Week of Valor. He hopes sharing his families story will help people be more understanding of the challenges veterans face and more empathetic towards the tremendous effort it takes to overcome those challenges.

“At school they’ll talk about like depression and PTSD and all that, but they really don’t understand it because it’s talked about but it’s not really understood because it’s like you really have to see it actually happen to understand it,” said Jackson.

As for his mom, Furdek believes the military family is often just as affected as the soldier themselves. She hopes Jackson’s powerful message will help people realize that long after a soldier’s service ends, the battle often continues within the veteran and inside their home.

“The military family is left behind,” Furdek said. “My family wasn’t with me while I was deployed, but here we have, still, the after effects and it’s, you know, almost 17 years after I got out the military.”